The Most: Johnny Mostil (left), one of the best outfielders in White Sox history saw things take a very bad turn 93 years ago.

March 9, 1927
Popular Sox outfielder Johnny Mostil attempted suicide in a hotel room in Shreveport, La. Despite razor cuts to his wrist, neck and chest, Mostil survived and returned to the team in April although he’d only play in 13 games that season. In 10 years with the White Sox, Mostil would hit better than .300 four times. After his career he’d become a longtime White Sox scout/coach and help develop future players like All-Star outfielder Jim Landis.

March 10, 1995
After two stints at White Sox spring training and a full season in Birmingham, Michael Jordan announced he was giving up baseball. Part of the reason was because of his struggles with the game, but the other, larger part (as he explained to author Bob Greene, in the book, “Rebound, The Odyssey of Michael Jordan”) was because he was being pressured by Sox G.M. Ron Schueler to cross the MLBPA picket line.

With “replacement” games set to start, Jordan stated that he was told if he didn’t cross the line, he’d be banished from the main clubhouse. Jordan was furious, saying that he was promised by owner Jerry Reinsdorf he wouldn’t have to take that step. Jordan explained that under no circumstances would he ever cross a labor picket line regardless of sport: “I told them from the beginning that I didn’t want them to use me to make money in the spring training games. We had an understanding. It was never supposed to even come up. I was disgusted that the promise wasn’t going to be honored,” he told Greene. Jordan would return to the Bulls and win three more championships.

March 11, 1968
White Sox rookie pitcher Cisco Carlos was part of the cover shot for Sports Illustrated. The headline read, “The Best Rookies Of 1968.” Unfortunately, Carlos didn’t turn out to be one of them, either in the short term or the long one. In fact, of the five players on the cover only Johnny Bench and Mike Torrez made a name for themselves in the sport. In two-and-a-half seasons with the White Sox, Carlos went 10-17.

March 12, 1973
White Sox third baseman and former AL home run champ Bill Melton appeared on the cover of Sports Illustrated. The headline read, “Chicago Comes Out Swinging. Slugger Bill Melton.” Melton would have a nice comeback season after missing most of 1972 with a herniated disc, hitting .277 with 20 home runs and 87 RBIs.

March 13, 2000
White Sox slugger Frank Thomas is again featured on the cover of Sports Illustrated. A lengthy story covered his career, controversies and his desire to return to the top of the game. The headline stated, “Don’t Question My Desire. Frank Thomas Comes Out Swinging.” Thomas would have a spectacular season in 2000, losing out on his third AL MVP to Jason Giambi, who’d later admit to using steroids in grand jury testimony. Frank’s numbers in 2000 included a .328 batting average, 43 home runs, 143 RBIs, 112 walks and a slugging percentage of .625.

March 14, 1994
Sports Illustrated took issue with former NBA superstar Michael Jordan and his attempt to play baseball. Jordan was on the cover of SI again, but in a negative light. The headline read, “Bag It Michael! Jordan and the White Sox Are Embarrassing Baseball.” From that day on, Jordan (who was always very cooperative with that magazine) would never speak to Sports Illustrated again. 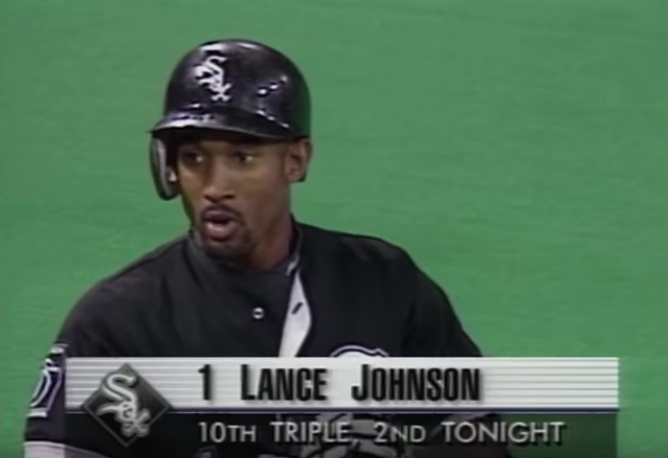 One-Dogged: Johnson went three-bag crazy at — what new — the Metrodome.

Sept. 23, 1995 — Lance Johnson got six hits in six at-bats in a game at the Minnesota Twins. Three of Johnson’s hits were triples, and he drove in four runs in the 14-4 win. One Dog was the fourth player in team history to go 6-for-6, and first to ever get three triples in a game.

Sept. 23, 2017 – White Sox slugger José Abreu became the third player in major league history to start his career with four straight seasons of at least 25 home runs and at least 100 RBIs, by virtue of his run-scoring ground out off of the Kansas City’s Scott Alexander at Guaranteed Rate Field. José joined Albert Pujois and Joe DiMaggio in accomplishing this rare feat. Pujols, DiMaggio, Abreu, Al Simmons and Ted Williams are the only players to start their careers with four straight seasons of 100 RBIs. 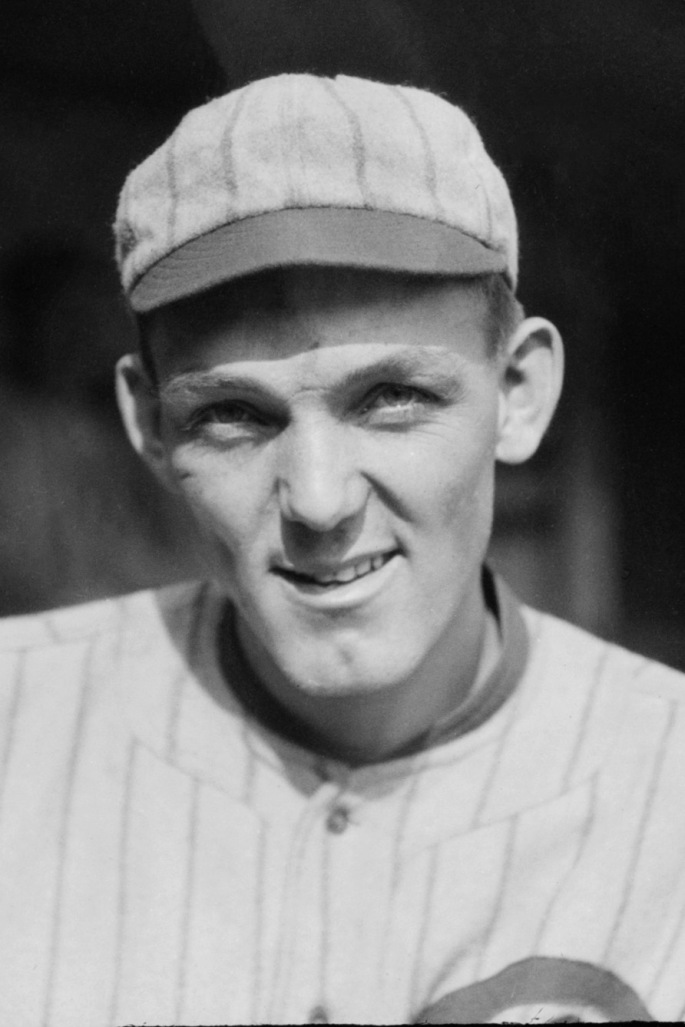 Best day ever: Buck Weaver could hardly make an out, 101 years ago today. (Wikipedia)

Sept. 2, 1937 — In a game at Comiskey Park, Sox third baseman Lou “Boze” Berger and outfielder Mike Kreevich led off the bottom of the first with back-to-back home runs. It was the first time that ever happened in team history. The Sox beat the Boston Red Sox, 4-2.

Sept. 2, 1970 — One of the key dates in franchise history marks Roland Hemond being hired as player personnel director to rebuild the White Sox. The club would go on to lose a team-record 106 games in 1970. The very next year, the South Siders improved by 23 games, from 56 to 79 wins, and by 1972 would be a legitimate title contender. Hemond would eventually become GM, staying with the team through 1985. Hemond brought along, as new field manager, Chuck Tanner. Tanner would be named Manager of the Year in 1972.

Sept. 2, 1995 — Tim Raines had his American League record of 40 consecutive steals snapped when he was thrown out in the third inning. Toronto’s Randy Knorr was the catcher who ended the streak, during the 10-4 White Sox win over the Blue Jays.