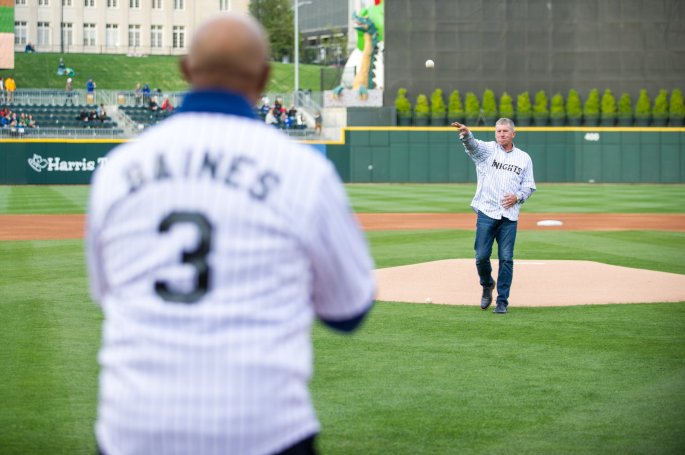 Big day: Richard Dotson [right] was just a throw-in to the Bobby Bonds trade in 1977, but he’d put up 17.4 bWAR for the White Sox over 10 seasons. (@KnightsBaseball)

1977 Chalk this one up to Bill Veeck. Knowing he needed a drawing card and a big bat to replace Richie Zisk and Oscar Gamble, Veeck dealt future All-Star Brian Downing and pitchers Chris Knapp and Dave Frost to California. He got back Bobby Bonds and two youngsters, Thad Bosley and Rich Dotson.

Bonds would only play in 26 games, with two home runs and eight RBIs for the White Sox before he was dealt to Texas in May. Chicago’s record was a dismal 9-20 at the time, and Veeck understood there was no way he was going to be able to re-sign him. At least Dotson turned out to be of value in the 1980s winning in double figures six times, headed up by his 22-7 year in 1983. He also made the All-Star team in 1984.

1986 The Illinois General Assembly passed legislation allowing funds to be given to the White Sox in connection with the construction of a new stadium across the street from the original Comiskey Park. 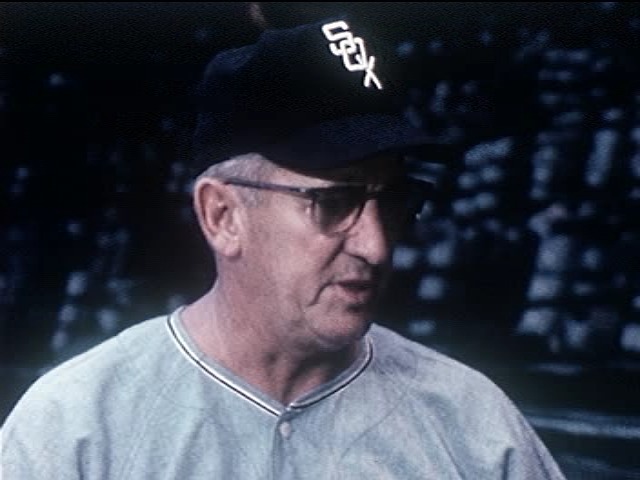 El Señor: Lopez, hired on this day 63 years ago, would win 840 games with the White Sox. (Wikipedia)

1956 — Al Lopez replaced Marty Marion as White Sox manager. Marion, who did a fine job in replacing Paul Richards, had missed an important board meeting to be with his family at an event. It was all the excuse the Sox needed to let him go, despite third-place finishes and winning records in 1955 and 1956.

“El Señor” would prove to be a most able replacement, however. Lopez had nine straight winning seasons with the White Sox and copped the 1959 American League pennant. Many say he was the finest manager in team history; he holds the franchise record for the highest winning percentage for any manager who lasted at least five full seasons, at .562. Lopez eventually won 840 games over nine full seasons and two partial ones.

1986 — Larry Himes was hired as the new White Sox GM, replacing Ken Harrelson. Himes drafted and signed Sox future stars like Frank Thomas, Jack McDowell, Robin Ventura and Alex Fernandez. He would be fired in September 1990 after philosophical differences between him and ownership made working together impossible. 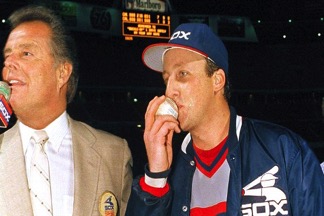 Going out on a high note: Joe Cowley [right] not only threw a wild no-hitter against the Angels — it was his last big-league win.

Sept. 19, 1925 — The White Sox set the franchise record (since tied) for the largest shutout margin in team history when they blanked the Senators 17-0 at Washington. The game was the back half of a twin bill. Ted Lyons would throw a one-hitter, losing his no-hitter with two outs in the ninth inning on a bloop hit by Bobby Veach.

Sept. 19, 1986 — White Sox pitcher Joe Cowley made the record books by no-hitting the Angels in Anaheim, 7-1. It was an unusual no-hitter. Cowley walked seven, including three straight in the sixth inning, when California got their run.

Ironically, it would be Cowley’s last win in the big leagues.